About Vienna is powered by 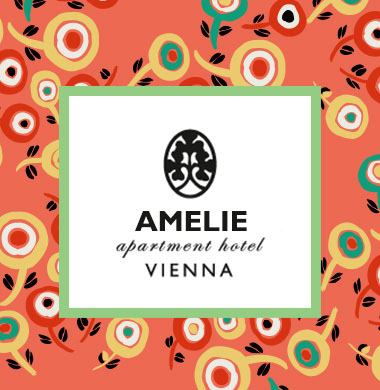 Book your stay in Vienna now! >>

About Vienna is powered by 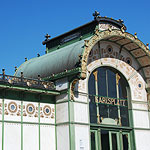 The pavilions, that mark the stops of the underground at the Karlsplatz, were constructed after the plans of Otto Wagner, who is one of the most famous Viennese builder-owners that made use of the Secessionist Style.

In 1898, Joseph Maria Olbrich, a student of Otto Wagner, constructed an Art Nouveau gallery building for a new art association named "Secession" that had the motto "To the Age its Art. To Art its Freedom". A 112-foot Beethoven Frieze, that was created by Gustav Klimt for the Beethoven Exhibition of 1902, is on permanent display in a new room on the basement level.

Houses on the Naschmarkt

If one follows the Linke Wienzeile one arrives at the Naschmarkt (Linke Wienzeile 40, underground stop "Kettenbrückengasse") where a wide selection of delicacies is offered. This is also the part of the town where some houses were built by Otto Wagner, that differ in form from other historical buildings. 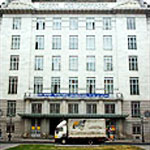 The Postsparkasse was constructed after the plans of Otto Wagner and is ranked among the most splendid monuments in Vienna. On the roof one can see angel sculptures that are considered as unusual characteristics of the Art Nouveau.